Bit of a whirlwind, the past couple of weeks. The Monthly Monday Magic show pulled about 15 people. Strong audience, powerful feels, but I question my ability to draw people anymore. This wasn’t helped by the small crowd at Citylight the following Sunday. The people who came were awesome … but I’d certainly like to attract more.

Short travel to Greensboro to see Lexie in Peter Pan: she’s powerful and rules the stage, but doesn’t have the confidence in herself offstage, yet. She cannot see how she affects people. (Doesn’t that sound a bit familiar?) Toodles almost stole the show, he’s a natural. The following night was a corporate show in Durham, followed by dessert and a deep conversation/ confessional with Katie A. (which was more needed than I knew). I see some things from a better perspective. Time to leave Faire? I think so … I never want to dread working, and I know that bitterness wouldn’t be helpful at all to that atmosphere. It was a great run, and lots of laughter happened … I want to part on good terms and on the proverbial high note.

USO Warrior Reset – three great days in Jacksonville. I’m getting the groove better, feeling the message and relating to the group. I’m proud of my role, helping them connect with the USO team, and with each other. I want to reach out further than these boundaries.

Long time in the car over the past couple of weeks, lots of time to look at myself and what needs improving, where I want to go next, what kind of legacy I’m leaving in my wake, what does success really look like? I wonder if the help I’m giving really lasts.

Hollywood is upcoming, so I’m in rehearsals for that. Performance therapy … Eddie and Lili therapy … straight, hard talk and love on the west coast.

In my prayers I’m dealing with regret. I hope I’ve decisively broken some cycles … so people can heal and move on. Time will tell.

After the final day of USO I went over to Topsail, where i spent my summers as a boy. I collected some shells for an idea I had for a routine

, then sat on the beach as the evening turned to twilight. The ocean was calm, and I studied the horizon, getting the nostalgia I’d left there when I was 12. The sea was bright green in the shallows, and rolling over to deep blue about thirty yards out. I reflected on the journeys I’ve been on in the four decades since I last sat there. Have i lived up to that boy’s dreams?

You know … I have. I’ve even exceeded what he imagined. I can be proud of this road. For the most part, I’m walking it well.

The following was posted on Facebook by Randy Baker, who is my boss/ client/ friend/ leader along with Kelli Willoughby for the USO of North Carolina. I have been super 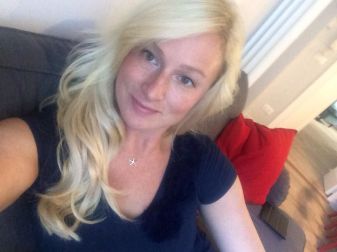 privileged to be a part of the Warrior Reset program for the past couple of years. Kelli and Randy have several extraordinary programs they created for the USO.

Her words moved me, so I’m sharing them (with her permission) with You.

“This will probably be the longest post I ever make but I have had something heavy weighing on my heart for the past few days and I felt compelled to share.

On Sunday morning I was having breakfast at the Waffle House off Western Blvd. in Jacksonville. As I sat there with my friends, recovering after a night out, I started to sit quietly and observe the very young Marines interacting all around us without a care in the world, almost like boys pretending to be men. Even with vulgar sense of humors, they still had innocence about them.

I started to feel really emotional as I compared them to my Marines and couldn’t figure out why. Then I realized that it was because I had never seen my Marines so care free and it actually broke my heart. Of course I have seen them be silly and they are some of the funniest people I know but I have known them all through war, which stole their innocence and that thought caused me physical pain. These are men and women who I love dearly and they don’t get to have that innocence back. They are warriors and they are scarred. Then seeing these young Marines who have no idea that the places they go will change them and I wanted to protect them.

I remembered the infantry Soldiers I met when they first arrived at KAF before they went to their FOB in Afghanistan. So excited and full of life and motivation and so innocent and how their eyes and souls changed when they came back to our base on their way home from R&R. I wish I could give that innocence back to them.

I was then comforted by a song from one of my lost Marines and immediately felt a call to action. No doubt from Jimmy who made me promise to never forget his friends and to always of his Marines.

This week, I have spent my days with 40 service members, some career soldiers but most of them young Marines.Through these thoughts that side swiped me on Sunday morning and through my involvement in our Warrior Reset program, I find an even more renewed passion for caring for our troops. I want to continue honoring the amazing Warriors who have turned into family for me and the sacrifices they’ve made on my behalf and to give new skills to our military’s future leaders so that they can cope with the inevitable challenges they will face. Maybe just maybe, I can help them preserve a little bit of their innocence just a little bit longer than they would have.

Thank you for everyone’s support of my love and passion for caring for our military and for the military itself. I consider myself so blessed to be a part of this amazing family and even more fortunate to be able to support my peers through my work with USO of North Carolina. This is my life. This is why I was put on this planet.”

Courage, Heart, Determination, Action.
She speaks and  on it so beautifully.

The Guts of the Matter

“Deep inside, all folded up … where real magic happens? Is your signature and hers. Maybe.”

Me and my friends? We live to serve. We serve You, our audience. The artists, the performers, the show people. Dozens of different names and flavors.

We will perform sick and loaded up on medication. We will perform in pain, our backs hurting, our feet or knees screaming. I know personally that several of us have taken the stage with kidney stones in full press, barely able to stand upright just beyond the curtain, but full arrogance, pomp and swagger under the lights, smiles wide and voices booming for all we are worth. Even then, the little voice in the very back of our mind telling us: ‘You’re going to pay for this.’

We play with our hearts broken. We’ve taken the stage mere moments after a loved one has said something cruel, or even said goodbye. I got the call about one of my parents, fifteen minutes before curtain, and the house was full. I went on, and I delivered. I took it to the stage, and I left it there.

When asked to choose, I chose the art. Even though I lost almost everything else.

We go on and do our jobs. We strive to be better, to reach for excellence. (Not perfection. Perfection is a lie that is lethal to real art.) We were made such that we cannot do anything else and be true.

Selfishly, the Truth is … I do it for me, more than anyone else.

I have nothing but the entire world to gain. I have cried and i have laughed … and laughing is much better.

Saturday I spent cleaning the house, doing laundry and prepping for Monday’ upcoming show with Brandon Barber. I’m really interested to hear the story he’s bringing. Took a wold around my neighborhood and daydreamed by a lake, under a tree for an hour or so. Fought with myself for a long time about going out busking again, and I won the battle – rent is due, bills are due, most especially the lawyer’s fee … I went out because of the money, and I should have known better. I would still go, but I would have found a better reason. As it was, Saturday night turned into a disaster.

The was a woman who paused ‘just for a minute’ to watch the show. She was in her late fifties-ish and fairly conservative in her dress and demeanor. She enjoyed the show, but got frustrated with me not explaining to her how everything worked. She stuck around to watch a second time, and, after I was done and I was collecting money, she picked up the cards from the table to look at them more closely. Rude, but … it happens. Finding nothing, she insisted on looking at my sharpie, examining the table, everything she could think of. Finding nothing, she stood and watched for a third show, visibly frustrated, angry, and upset. She demanded that I confess to her the inner workings of the show. I tried to assuage her frustration by comparing my show to plays and movies: you don’t get to always see behind the scenes, but she wouldn’t have any of it. She wrote down my name and said she was going to have me ‘checked out’ so that she could read how I do what i do. I gave her the title of my DVD …

Saturday night was filled with hooligans. People were throwing cups from the upper ledges, and security was having a bit of a time. Lots of ‘leashed dates’: “I want to watch this guy!” “NO! We are late and you need to come ON. RIGHT NOW.” Gender played no part in this; I heard that same dialogue play from both directions.

I called it a night early when I felt it had just become futile. No one’s fault, really. Bad nights happen, but I left feeling terrible. Arrived home and showered, had a mug of tea and some green time, then felt a bit better. The bills will get paid, somehow.

Took a sleep in on Sunday. Made a bit of breakfast and read from Hogarth’s diary. Got a bit of writing and practice in and spent the evening watching the Glen Campbell biography “I’ll Be Me”. Glen (as I’ve noted before) is a hero of mine, and a favorite of my father’s. The film touched deeply on his illness (Alzheimer’s) and his ongoing relationship with his children, his wife, and his music. Touched me deeply. I miss my children, and this brought a lot of those feelings home in a painful way. Worth watching, for sure, but I wasn’t prepared. I sat up until the wee hours, writing in depth about the people I miss. Parents, family, best friends.

Now it’s Monday. In a few hours I’m going onstage. I have lots to talk about, and I hope for a decent turn out, especially for the venue and Brandon’s sake. There will be magic, no matter what. Watching the bio reinforced in me the crucial aspect of being vulnerable in my art, like a songwriter putting his heart in the air, so will I in these personal, public shows. i wonder how it will be received. It’s okay to do this.

A friend told me this morning that it’s okay to forgive myself. Even when people I’ve hurt try to amplify their pain and paint me as worse than i actually was, I can embrace the truth and love myself.  I am a good, decent man, and I think I’m proud of me.